The city of Ravenna

The Basilica of San Vitale is one of the most important monuments of early Christian art in Italy, especially for the beauty of its mosaics. The eastern influence, always presents in Ravenna, here takes on a dominant role both from an architectural point of view both of the mosaic that expresses clearly the ideology and religiosity of the time of Justinian.

The Neonian place to the north of the cathedral of Ravenna is one of the oldest monuments of Ravenna. It was probably built around the early fifth century, when the nearby Duomo, at the initiative of Bishop Urso. 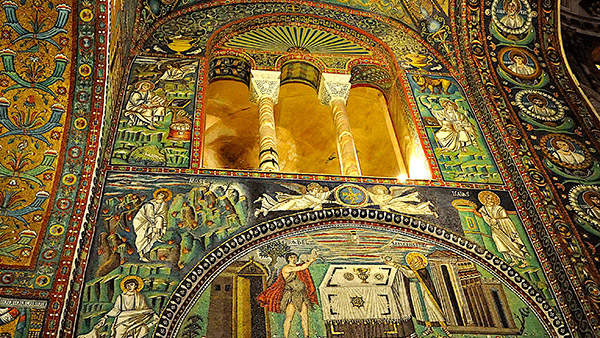 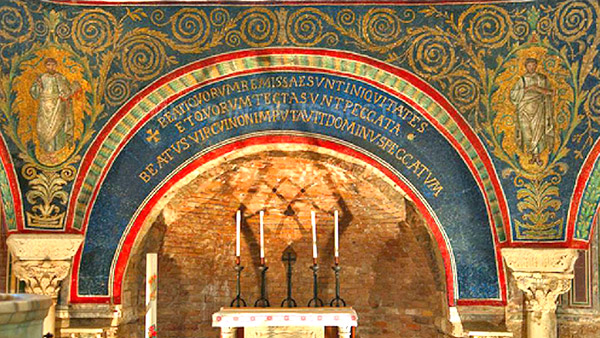 Galla Placidia (386-452), sister of Emperor Honorius, the architect of the transfer of the capital of the Roman Empire from Milan to Ravenna in 402 AD, he built this little Latin cross mausoleum for himself around the 425- 450; though it was never used in this sense as the Empress, who died in Rome in 450, he was buried in this city.

Built by Theodoric himself in 520 AD as own tomb, the Mausoleum, made entirely of blocks of Istrian stone, is divided into two superimposed orders, both decagonal. 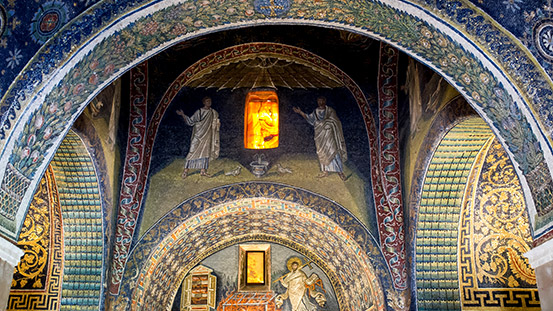 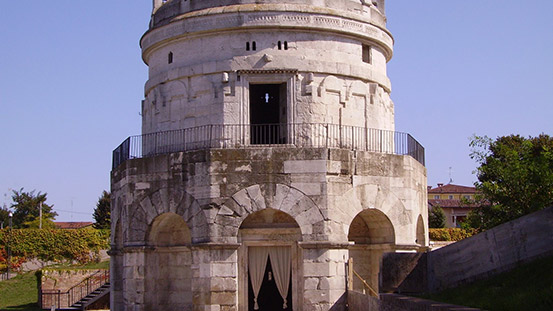 Towards the end of the fifth century, when Theodoric had consolidated his rule and the Arian was the official religion of the court, in the square of the church of the Holy Spirit (formerly Arian cathedral) was erected the Arian Baptistry. The building, basement of approximately 2.3 meters, has an octagonal shape and has four small apses outside.

Built by the architect Camillo Morigia in 1780, the temple preserves the bones of the great poet Dante Alighieri. The exterior is in neoclassical style, inside above the sarcophagus is a relief carved in 1483 by Pietro Lombardo depicting Dante at a lectern. 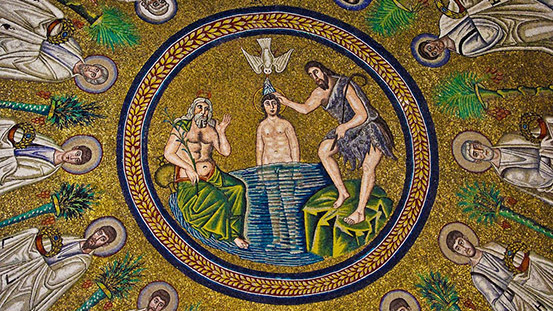 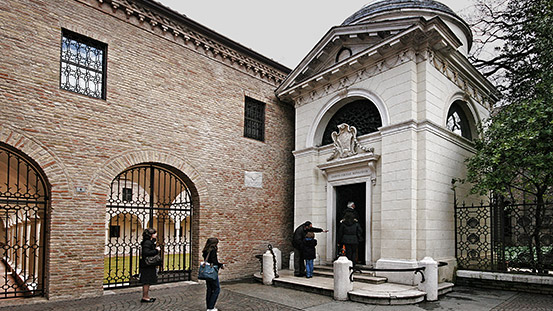 The Domus of Stone Carpets

And 'one of the most important Italian archaeological sites discovered in recent decades. Located inside the eighteenth-century Church of Santa Eufemia, consists of 14 rooms paved with polychrome mosaics and marble belonging to a private building byzantine V-VI century.

The archaeological site of the Old Port is at a crucial point of the ancient site of class: the harbor entrance channel-old, which includes part of the island and the shopping district that looked out on the south bank of the canal. The site offers a view of the ancient port of approximately synchronous V-VI century, period of maximum splendor and development of the airport business. 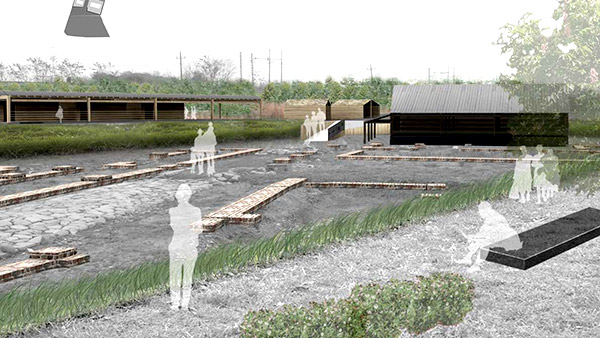 Your stay in Ravenna

easy to reach and free parking
to 9.10 km from the sea and 12 km from the hill
close to amusement parks, Mirabilandia, Zoo Safari, etc ...
Surrounded by restaurants of meat and fish typical of Romagna and pizza
Privacy Policy